TikTok, the Chinese-owned app that was previously known as musical.ly, is difficult to resist these days. It’s one of the world’s fastest-growing social media applications, now owned by parent firm Bytedance. So, whether you’re planning to launch a TikTok marketing strategy in 2022 or fine-tune an existing one, there are some TikTok statistics you should be aware of.

Knowing TikTok facts such as the platform’s user base and demographics might help you develop an effective and profitable approach.

Read on to discover about the most important TikTok statistics for marketers to be aware of this year since we’re here to empower you.

1. How many people are on TikTok?

TikTok announced in September 2021 that it has one billion active users globally, including 142.2 million in North America. It did it in just 4.9 years, making it not only a milestone that few other social networks have attained.

Comparatively, it took Facebook 8.7 years to achieve one billion members, making it the king of social media. Only Facebook Messenger, and even then, only narrowly, reached the billion-user mark earlier (in 4.9 years).

TikTok has experienced unheard-of growth, and the statistics speak for themselves. Just 55 million people were using the site at the beginning of January 2018. In less than four years, it was able to increase its user base by more than 18 times.

2. TikTok demographics: How old are people on TikTok?

Your TikTok marketing plan may be adjusted now that you are aware of the user demographics of the platform’s users. It’s no secret that TikTok is more common among Generation Z users. How many Gen Z users are there on TikTok?

According to the most recent TikTok user statistics, there are 386.6 million users in this age range globally, who account for 43.7 percent of all users of the network overall.

The majority of millennials fell into the 25 to 34 age bracket, which is the second-largest age range for TikTok users. 282 million TikTok users, or 31.9 percent of all users, belong to this category.

Additionally, according to these TikTok user statistics, older demographics are less likely to be TikTok users. Here is a breakdown of the age distribution of all TikTok users.

3. Who uses TikTok more—men or women?

Consider looking at data that is particular to your target market if you intend to use these TikTok statistics to create TikTok commercials.

4. What country is TikTok popular in?

With one billion users, it is obvious that TikTok users are dispersed throughout several continents and nations. But where do they tend to be found?

According to recent TikTok statistics, the bulk of its 226.8 million users resides in Southeast Asia. South America comes in second with 119.8 million people, followed by North America with 142.2 million.

According to the data, the US has the most TikTok users when it comes to individual nations. With 131 million users, it accounts for more than 10% of all TikTok users worldwide. Here are some stats on the number of users and the popular nations where TikTok is used:

5. How many times has TikTok been downloaded?

As of January 2021, TikTok had been downloaded more than 3.5 billion times. The only app (and the only one not owned by Meta) to ever hit this milestone, it was the most downloaded app in 2021.

Not just that. For the previous nine quarters, TikTok has averaged over 10 million downloads every quarter. Since early 2018, it has also remained at the top of the download rankings every quarter.

Since the first quarter of 2021, TikTok has been the most downloaded app in the US, mirroring its dominance elsewhere.

6. How popular is TikTok?

The TikTok statistics given above demonstrate how well-liked it is among social media users. How does it compare to other social media networks, though?

TikTok is presently the sixth-most popular social network worldwide as measured by the number of active users on a global scale. Before it is:

But it could only be a matter of time until TikTok enters the top five since analysts expect that the app will reach 1.5 billion active users this year.

7. How long do people spend on TikTok?

According to experts, US users would spend an average of 38 minutes each day on TikTok in 2022. They are anticipated to spend 31 minutes on Facebook and 35 minutes on Twitter.

Only these three social media networks are used by US individuals for more than 30 minutes every day.

Even if TikTok is at the top of the charts this year, US consumers’ time on the platform in 2021 was two minutes longer. This is most likely because, in 2022, the pandemic limitations won’t be as tight.

8. How fast is TikTok growing?

Compared to YouTube and Instagram, where usage is expected to climb by 29 percent and 32 percent, respectively, this year. The popularity of short-form video content, which is predicted to be among the top social media trends this year, is credited by experts as the cause of this.

9. Do people shop on TikTok?

This TikTok statistic is one you should pay special attention to if one of your business goals is to make money on the platform.

TikTok has the biggest percentage of regular social shoppers at 20.6 percent, making it the platform with the most of them who regularly make purchases on social media. Comparatively speaking, just 16.6% of social media buyers claim to always make purchases on YouTube, while 16.4% do so on Instagram.

Additionally, 67 percent of TikTok users claim to be motivated to purchase even when they weren’t in the mood to.

TikTok has a strong effect on consumers. Even technologies exist that are intended to encourage purchasing. For instance, marketers and company owners may easily add shopping tabs to a brand’s profile or links that take them straight to product pages using Shopify’s TikTok sales channel.

10. How much money does TikTok make?

It should not be surprising that TikTok generates billions of dollars in income given its widespread use and rising number of active users.

According to recent TikTok statistics, its ad revenues are predicted to increase this year to close to $12 billion, accounting for 1.9 percent of all digital ad spending globally. More than half of this is anticipated to be covered by US businesses.

This has occurred as a result of greater efforts to attract marketers. To get more businesses to promote on its platform, TikTok has been working hard to improve its advertising brands and offers over the past year.

Over the next two years, TikTok’s ad income is expected to keep increasing, doubling its 2022 revenue and reaching $23.58 billion by 2024.

11. How many influencers are on TikTok?

If your business strategy includes influencer marketing, TikTok is one site you shouldn’t be ignoring.

There are 50,000 influencers (defined as having more than 1,000 followers) on TikTok’s platform, according to current statistics. According to the number of followers, they are allocated as follows:

Given their enormous following, it may be alluring to work with mega influencers (those with more than a million followers), but statistics suggest that this may not be the best course of action if your objective is to increase interaction.

The highest engagement rates are produced by TikTok influencers with under 15,000 followers (17.96%).

13. Use of TikTok in influencer campaigns

Given these astounding figures, it’s no surprise that the platform is currently the second-most used network for influencer marketing by businesses.

Nearly as many brands (45%) as brands (68%) employed TikTok for influencer marketing campaigns in 2021. This is important since only a year ago, there weren’t enough businesses using it for it to be worth an expert’s time.

14. Most popular hashtags on TikTok

Including hashtags in your postings broadens their audience and makes them easier to find, which raises brand exposure. The top 100 hashtags on TikTok in 2021 were used in 25 million videos.

Depending on how long the associated trends last, the popularity of TikTok hashtags might fluctuate. Some, though, have persisted. These are some of the most well-liked hashtags on TikTok, based on research into how many videos containing them have been viewed:

These TikTok statistics should have improved your understanding of how to advertise and make sales on the platform. With so much potential, it’s best to start using TikTok for business as soon as you can to take advantage of everything that it has to offer.

Here’s a quick summary of the top TikTok stats of 2022: 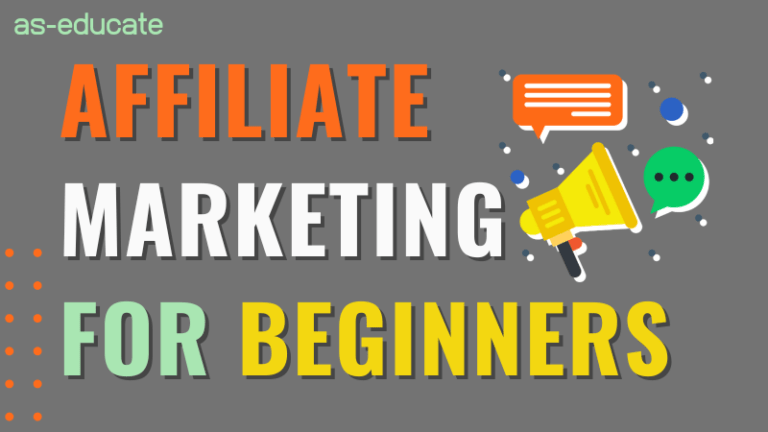 Join 446,005 entrepreneurs who already have a head start.